1. What is Free to Shine?
Free to Shine is a campaign spearheaded by African First Ladies towards prevention of mother to child transmission (PMTCT) to reduce paediatric HIV.  The Free to Shine campaign is a bid to improve outcomes of PMTCT by Increasing awareness and uptake of PMTCT services so that children are born free of HIV.

2. Objective of Free to Shine
The objective of the ‘Free to Shine’ campaign is to accelerate the commitment of African Nations to end childhood AIDS and keep mothers healthy.  The campaign which aims at raising awareness of paediatric HIV and AIDS and to prioritize the need to reduce and eliminate the transmission of HIV from mother to child whilst ensuring that mothers are healthy is led by the Organization of African First Ladies for Development (OAFLAD) and the African Union (AU).

3. Launch of Free to Shine
The ‘Free to Shine’ campaign was launched in Addis Ababa, Ethiopia on 29th January 2018, at the 20th Ordinary General Assembly of the then Organization of African First Ladies against AIDS (OAFLA).

The then First Lady of the Federal Democratic Republic of Ethiopia and OAFLA President in her remarks saluted all First Ladies for their strong stand and work towards the elimination of mother to child transmission (EMTCT) of HIV.   She said currently there were 2.2 million children living with HIV worldwide and of this number, 1.4 million live in Africa.  Going by these figures the need to prevent and fight childhood AIDS should be of great importance to keep children AIDS free and mothers healthy on the continent.

At that meeting, the then First Lady of Ethiopia and President of OAFLA, Madam Roman Tesfaye said there was the need for diligent work to prevent HIV amongst women of child-bearing age to ensure no new cases of children being born with HIV, hence the launch of the ‘Free to Shine’ campaign, to end HIV and AIDS in children by 2030.

She said whilst Africa had made unprecedented progress in reaction to the AIDS epidemic through the contribution of First Ladies, the response to childhood AIDS was still lagging behind. The launch of the ‘Free to Shine’ campaign by member states would rejuvenate EMTCT interventions, prevent new HIV infections among children and work toward the achievement of the AU commitment to end AIDS by 2030.

4. Free to Shine – Ghana Chapter
i. National Launch of Free to Shine: In Ghana, the First Lady, H.E. Mrs. Rebecca Akufo-Addo launched the ‘Free to Shine’ campaign on 24th January 2019 at the LEKMA Hospital, Teshie, Accra under the theme; ‘Prevention of Mother-to Child Transmission of HIV: The Key to an HIV Free Generation and keeping Mothers Alive’.

In her speech, H.E. Mrs. Akufo-Addo said there was an urgent need to step up the pace in testing and treating women in the reproductive age to ensure that no child is born with HIV and mothers are healthy.  She added that the ‘Free to Shine’ campaign must be given every support as its success would be a huge investment in the development agenda of the nation.

The First Lady paid glowing tribute to the Heart-to-Heart Ambassadors acknowledging their contribution in the fight against HIV and AIDS.  She said in her work as HIV Ambassador for PMTCT she had been greatly encouraged by the work of the Heart to Heart Ambassadors, because through them, she saw first-hand that it was possible for women and men to be HIV positive, have children born free of HIV and live healthy lives.

She said HIV was no longer a death sentence and encouraged all women, especially pregnant women to avail themselves of the opportunity to test, know their status and treat if they test positive.

Mrs. Akufo-Addo called for commitment on all fronts to ensure that Ghana eliminates mother to child transmission by 2020 and ends HIV and AIDS in children by 2030.

At the launch, two women shared their experiences on the benefits of PMTCT services with participants.

The first advocate who tested negative encouraged women, especially pregnant women to know their HIV status saying it was ‘dangerous’ not to know your status.  She admitted that it was a scary experience but worth it since it was the only way to save herself and her baby.  She entreated women to test to know their HIV status, get treatment if positive and stay on treatment.

The second advocate tested positive for HIV in 1999.  She said, in retrospect, she was thankful for accessing PMTCT services, going through the test, discovering her status and receiving treatment because she is alive and healthy and more importantly has healthy children who are HIV negative.

5. Free to Shine Activities in Ghana
A few months after the launch, on the 18th of June 2019. the First Lady, H.E. Mrs. Rebecca Akufo-Addo met with executives and representatives of various women’s groups, to dialogue on the ‘Free to Shine’ campaign.

By reaching out to women executives of various women’s groups, The First Lady expects that participants would be equipped to inform their members and other women in their various communities of the campaign in the hope that the message would be heard far and wide so all women and children yet to be born will benefit from the campaign.

In addition to creating awareness on the ‘Free to Shine’ campaign amongst women of reproductive age, to increase access to and uptake of PMTCT services, GAC, working in collaboration with the Ministry of Health,  plans to adopt two high volume sites per region in a pilot program, to integrate the provision of PMTCT and RMNCH services to the package of services rendered to  patients.  The First Lady of Ghana, H.E. Mrs. Rebecca Akufo-Addo will be encouraged to visit some of these centres once they are set up to maintain commitment to the campaign amongst health workers and the general populace.

be the first to know

The Ghana AIDS Commission is a supra-ministerial and multi-sectoral body established under the Chairmanship of H. E. the President of the Republic of Ghana by Act 2016, Act 938 of Parliament. The objective of the Commission is to formulate policy on the HIV and AIDS epidemic and... 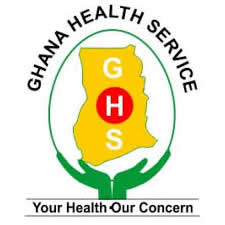